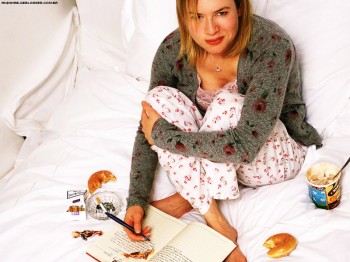 We always like to tell our customers that our stunning range of furniture will provide a touch of Hollywood Glamour to any event and it’s certainly true. Our gorgeous sofas, luxurious daybeds and decadent scatter cushions really can turn any venue into a stunning film set! However we’ve also recently been lucky enough to be asked to help out with some real film sets – which as you can imagine we have been really excited about!

It’s an honour to have our furniture featured in two fabulous films which will be coming out in 2016 and 2017, and so here’s the lowdown on the films that our furniture have appeared in. They both look to be big box office successes and we’re thrilled to be involved in these two really exciting projects.

Everyone’s favourite singleton is back later this year – yes it’s Bridget Jones and this time she has a baby in tow too! We’ve really enjoyed watching the adventures of Bridget over the years and this film should be no exception. Featuring a star studded cast including Renee Zellweger, Emma Thompson and of course the lovely Colin Firth as his alter ego Mark Darcy we can’t wait to catch up with all of these much loved characters.

The film opens with Bridget who is now in her forties and single again after breaking up with the dashing Mark Darcy. She decides to focus on her career but in a twist typical for this comic heroine she then finds herself pregnant and there’s just one problem – she can only be 50% sure of the identity of the baby’s father!

We provided our stunning Marrakesh Club Sets for the filming from our furniture prop hire range and we’re sure they will add a touch of glamour that Bridget would definitely approve of! We’ll certainly be settling down with our popcorn to watch this great movie when it comes out in September – and don’t forget to look out for our furniture too. (Hint: it’s in the scene with Ed Sheeran!)

This exciting follow up to Kingsman: The Secret Service is being filmed later this year and is due into cinemas in 2017. With Hollywood greats Halle Berry and Channing Tatum taking the main roles it’s no wonder they wanted some super stylish furniture for their set and we’ll be providing them with our ever popular striped deckchairs.

Although the plot is still under wraps it will follow the adventures of a secret spy organisation called the Kingsman who we first met in 2014 as they head to the U.S. Here they will find an American version of their own organisation lead by a swaggering, sharp shooting cowboy! It’s sure to be exciting, thrilling and will keep up on the edge of our (very stylish) seats!

Look out for this great film next year as it’s definitely one to watch.

And, if you want a bit of Hollywood style for your party or event get in touch to find out how our furniture prop hire service can help you! 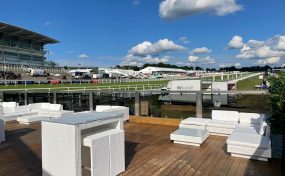 When you’re planning an event, it can often feel like a bit of a juggling act. Co-ordinating suppliers so that everything turns up on time, looking great and in the […] 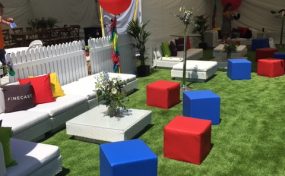 Celebrating seventy years on the throne this year, our incredible Queen is the longest reigning monarch in history. In commemoration of this, the nation has been granted a two day Jubilee […] 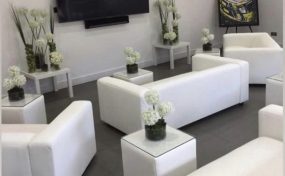 If you’re a motoring enthusiast lucky enough to be the owner of a classic sports car, or a modern supercar, then you may well be familiar with our neighbours here […]

How can we help?